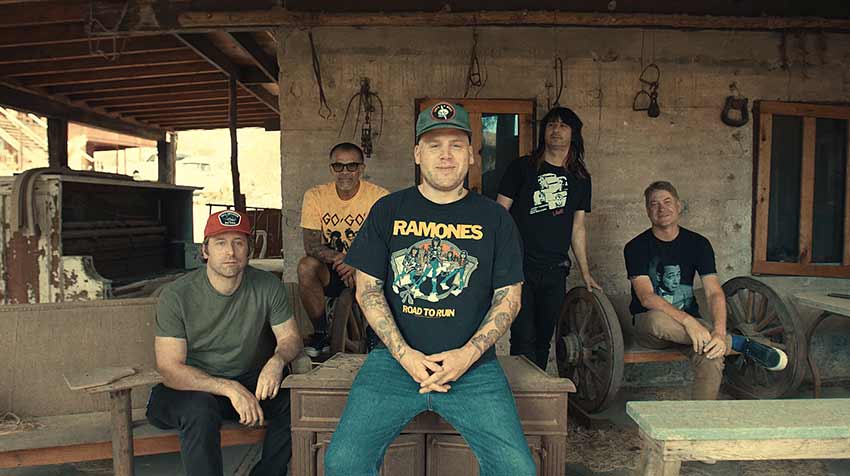 The LA-based punk rockers of the Bronx area are preparing to release their new album, “Bronx VI”, this Friday August 27th via Cooking Vinyl (Pre-order). Ahead of the LP’s release, the band shared a video for the new track “Peace Pipe” – check out the clip directed by Craig R. Stecyk below.

“Working with Craig Stecyk on ‘Peace Pipe’ video was the first fit and a dream come true“Says singer Matt Caughthran of the Joshua Tree performance video.”The feel of the song fits Craig’s aesthetic perfectly and honestly just being around him is very inspiring. His style and vision will always be completely original and unique. They don’t make them like CRS anymore!“

A presser adds: “As the group has done with each of the previously released singles, a collectible 7 inch is also available, with the “Peace Pipe” offer including illustrations by famous British graffiti artist / typographer Gary Stranger. A limited edition capsule gathering the works of art is visible on the group’s website online shop.“

The Bronx is currently touring the US and will cross the UK in early 2022 – check out all of the confirmed shows below.

Also discover: Entre les burmes et moi publishes the video “The future is behind us”