The mural was accompanied by the inscription “Love is greater than Shona and Ndebele, Africans unite”.

On Monday afternoon Council staff removed the painting, but on Tuesday morning it was “replaced” with one that read: “Gukurahundi – We will never forget”.

Critical studies scholar Khanyile Mlotshwa told CITE in an interview that protest art is very much alive in Zimbabwe, especially in Bulawayo.

Mlotshwa said the artist has proven himself to be a critical thinker and has brought together what otherwise looks like disparate texts and stories to set a strong message whose underlying point is the need for peace.

“In many ways, protest art has always been alive in Zimbabwe and especially in Bulawayo. Cont Mhlanga’s work, in the early years of independence, was considered so critical that a minister felt it would be good for him to be performed in parliament for dignitaries to see and hear what people thought there,” he said.

Mlotshwa noted that the mural was meant to convey the message that there is a need for the Ndebele and Shona people to make peace.

“Those of us who are committed to the call for African unity, how do we think this is possible if we as the Ndebele people cannot share a cup of tea with the Shona people? That was the simple message of this artwork; that there are bigger wars than the Ndebele/Shona issues. In a nutshell, the Ndebeles and the Shonas should make love and not war,” he said.

Another media scholar, Dr Mphathisi Ndlovu, explained that the role of art is to reflect the realities and lived experiences of people by highlighting their hopes, fears and aspirations and, in this case, the play highlighted the gap that existed between the Ndebele and the Shona people.

“As it stands, it’s safe to say that this message may have been preaching peace and harmony between the two ethnic groups, but then it was countered by another that said Gukurahundi, we will never forget. not. It is therefore important that people probe deeper into the root causes of these challenges. »

An analyst who spoke on condition of anonymity noted that the mural reminded people of what a sensitive community Bulawayo was, based on the reaction to the mural.

“The response to the mural seemed to be a provocation. When you look at history, Lobengula was a king. Her status is well known, but the same cannot be said of Mbuya Nehanda, she has been described as a medium.

The source pointed out that the council may be justified in removing the mural because municipal bylaws do not allow it, but noted that it is important to create spaces within communities that can be used to put graffiti. .

Mlotshwa also pointed out that it is important for Bulawayo as a cultural center to have various spaces for people to express themselves artistically.

“Not only does BCC need to have these spaces, but also people who have public spaces need to open them up for graffiti and other artwork. Bulawayo is considered the country’s art capital and it’s shocking that there isn’t such a dynamism when it comes to public art. The Bulawayo City Council, in its arts policy, needs to seriously think about how it can support public arts, like graffiti,” he said. 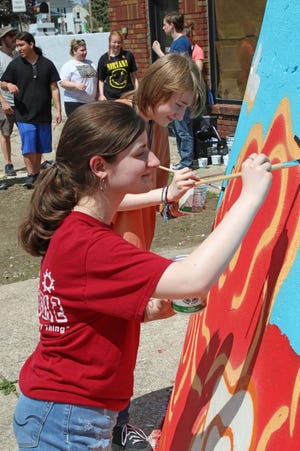