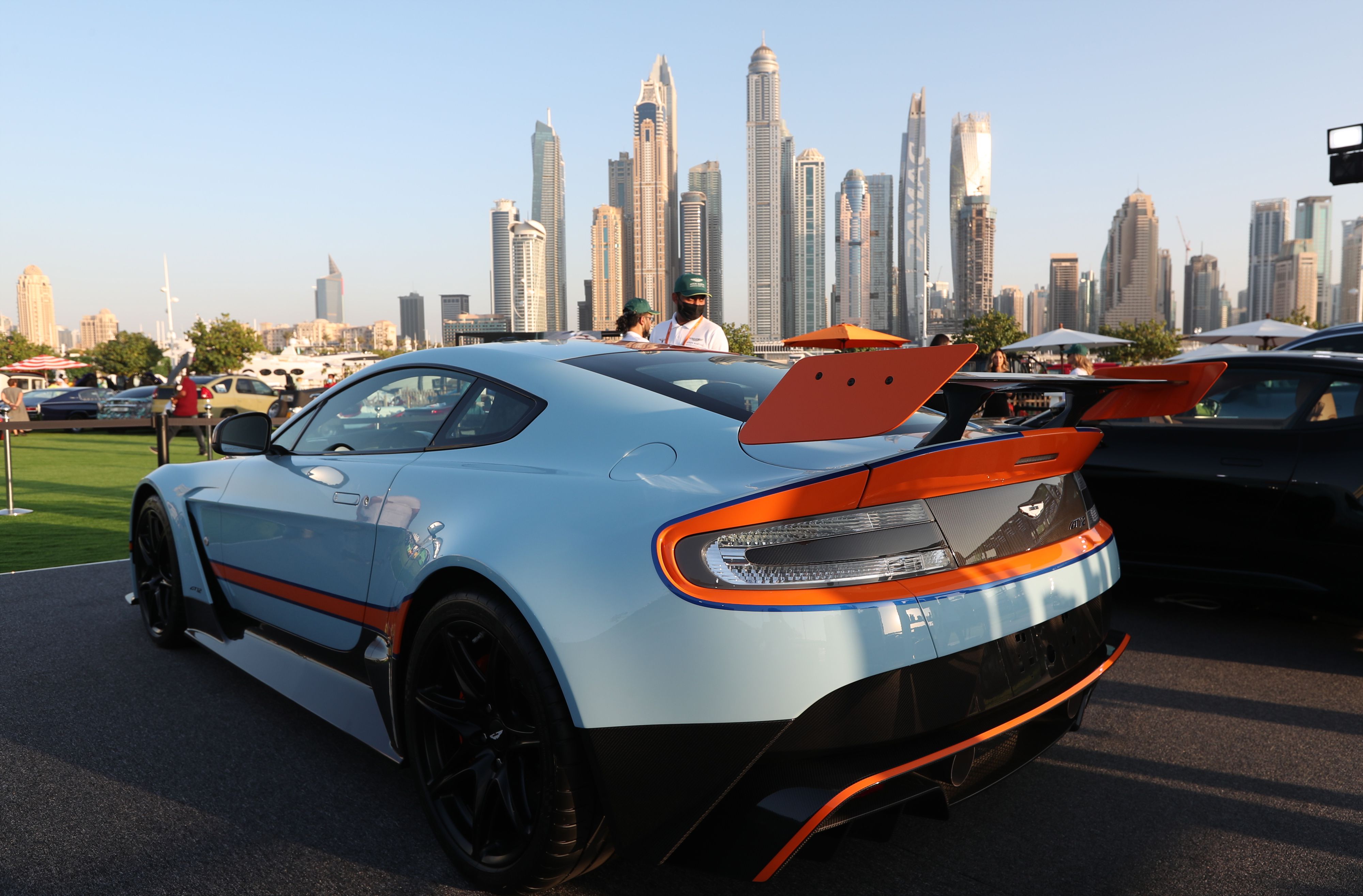 The reinvigorated Dubai International Motor Show opened to the public on Wednesday under the new name No Filter DXB.

Auto events can be dramatic, but the essence of this show is more akin to a festival than a full blast event. The artwork, music, and the general party atmosphere were all apparent when the doors opened.

This is an event that has grown from a glossy welcome meeting at the World Trade Center to a lively outdoor event amid the luxury yachts of Dubai Harbor. Music sprang from the stalls across the site as the first arrivals arrived, making it feel like an urban festival.

That’s not to say the focus isn’t on cars yet. The usual stands, less numerous than in previous years, it must be admitted, are still strewn with the latest models from the manufacturers.

Custom and classic cars outnumber the modern variety this year, with many individual offerings dating back to the early days of the automobile for people to see. Under the #saynomore banner, the festival hosts the largest regional automobile competition of UAE Car Clubs.

New vehicles on display include the latest Range Rover, Nissan Ariya, Lamborghini Centenario and Bentley’s Mulliner GT. Participants will also be able to see the highly anticipated Ineos Grenadier for the first time in the region. The BMW iX is also in situ.

As night fell on day one, the drifting community got to work, tearing up the tarmac with their lateral maneuvers, that noise being the only thing to rival the muffled thudding of the various booths around the exhibition site. .

The main event will be a parade of supercars which will start on Saturday at 8:30 am. A caravan of some of the world’s most expensive vehicles will depart from the port around JLT and JLB.

No DXB filters are currently activated in the Port of Dubai. Tickets start from Dh60 for adults and Dh30 for children.