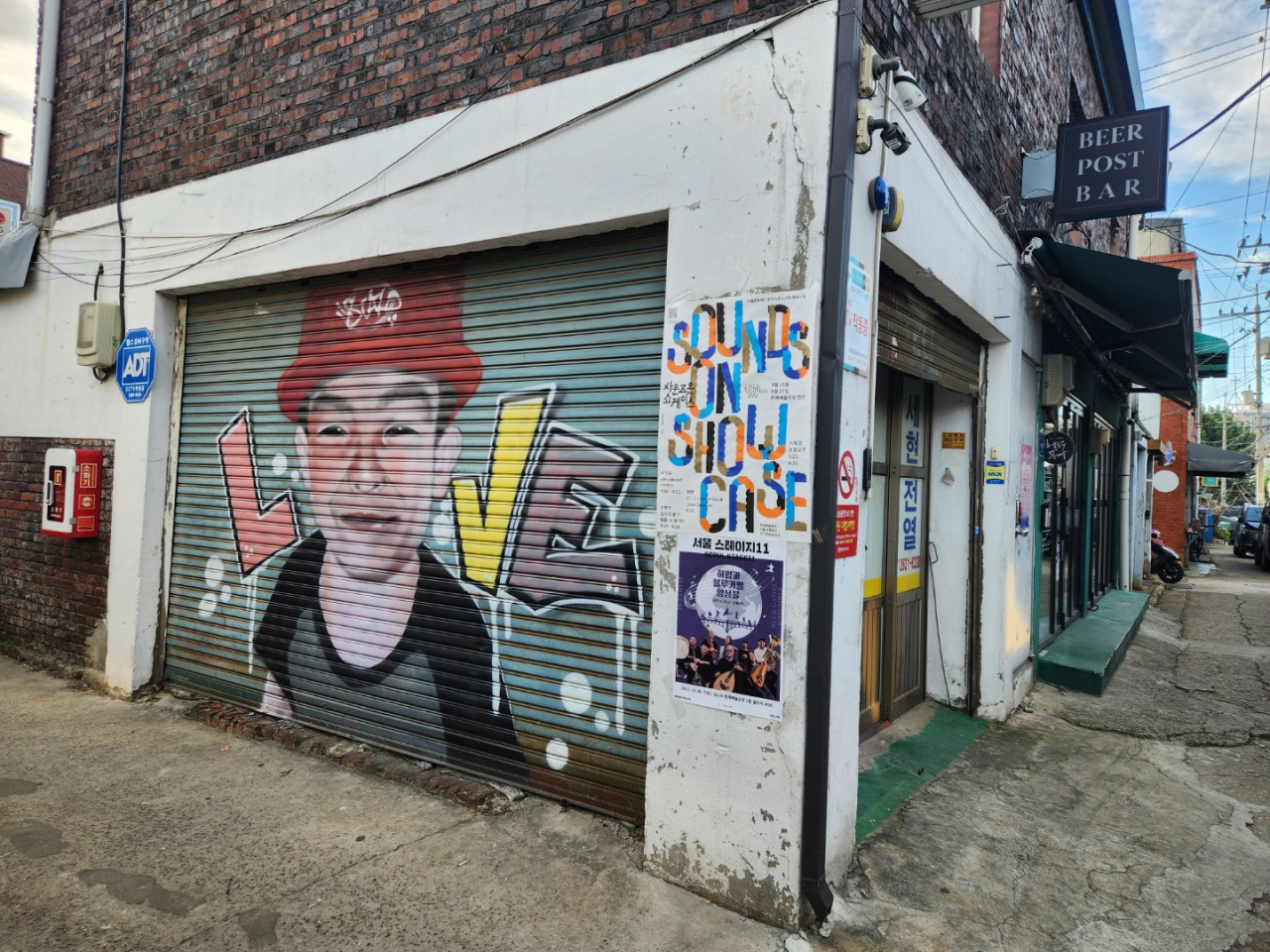 The following is part of Seoul Subway Stories, a Korea Herald series exploring subway stations and surrounding areas of the city. — Ed.

A walk of about five minutes from Exit No. 7 of Seoul Subway Mullae Station brings you to a two-faced village.

Visitors are first greeted by the noisy sounds of machinery and workers cutting and welding iron bars and slabs inside small factories and metal workshops.

But soon, jazz and classical music can be heard playing somewhere in the narrow lanes tucked behind the industrial buildings. Vibrant murals, statues and art galleries are also waiting to be discovered.

Dubbed the “Mullae Creative Village,” the tiny neighborhood is a hidden gem in Seoul, where artists and mechanics live in harmony.

From colorful signs to graffiti and murals on the shutters of the forges, artists have left their mark in almost every corner of the village.

Old industrial structures with the touch of young artists are all the rage in Korea these days, a magnet for locals and tourists seeking Instagrammable spots in the capital.

In the 1970s and 80s, Mullae-dong was a thriving industrial town that was home to around 1,700 forges and metalworkers who produced parts and materials for local manufacturers.

But after the arrival of the 21st century and China’s rise as the factory of the world, the city had lost much of its luster.

What revitalized the declining industrial area was an influx of young artists and designers in the mid-2000s. Most of them came from nearby cities of Hongdae and Daehangno in search of more affordable rent, and they began to use the abandoned workshops as art studios.

One of these places is “Artfield Gallery”, which regularly organizes exhibitions to present new regional artists, mainly specializing in oil painting.

A city-funded arts incubation center established in 2010 by the Seoul Foundation for Arts and Culture, “Seoul Art Space Mullae” welcomes amateur and professional painters and musicians, providing them with a space to hold exhibitions or performances at an affordable price of 20,000 won-50,000 won ($14-$35) per day.

An Do-hyun is one of the most famous artists to settle here. He specializes in art installations and space management.

Like many artists in Mullae-dong, he sometimes opens his studio to the public for free viewing, adding an artistic vibe to Iron Street. During the visit of this journalist, his studio, reorganized from an old abandoned industrial building, exhibited An’s works in bronze and iron.

The craft shops are another charm of the city.

Artisans from different fields, including glass crafts, ceramics, and leather goods, not only sell their work, but they run one-day courses for those who want to learn about arts and crafts.

At a “Maison de Verre” glass craft workshop, visitors can get a taste of the world of stained glass as they create colored glass pieces, from suncatchers to nightlights, under the guidance of experienced craftsmen.

“Participants can learn the basics of stained glass art through our one-day programs, such as basic techniques and design ideas,” said Lee Se-hee, one of the instructors, adding that most attendees are young couples in their twenties looking for fun and romantic dates on the weekends.

Mullae-dong’s past and present come together in a plethora of trendy cafes and restaurants with industrial interior design.

The neighborhood’s narrow lanes are dotted with factories-turned-restaurants with red-brick pillars and exposed concrete walls.

Among the most popular places for young visitors is “Rust Bakery”, a once disused ironwork factory converted into a modern style bakery that offers classic pastries like croissants and scones.

Various industrial-style bars and restaurants with rooftop terraces located on the second or third floors of the factory buildings which still house forges on the first floor are also a tourist hotspot, where people can enjoy panoramic views on the city.

“Vendors here are known for their unique interior designs, which take full advantage of the heritage of the forges. Visitors can feel the energetic vibe of the factory area at the various restaurants in Mullae,” said Yoo Jong-hwan, 31, who works at an old-fashioned industrial pub called Old Mullae, well known for its fish and chips. 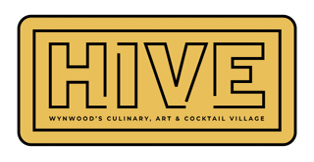